Research prepared by #BikeIsBest and the University of Westminster's Active Travel Academy shows the general attitude in the UK towards e-bikes as well as a huge variety of their benefits, including the reduction of carbon emissions in comparison to electric vehicles (EVs).

The full report is available to download by clicking here. 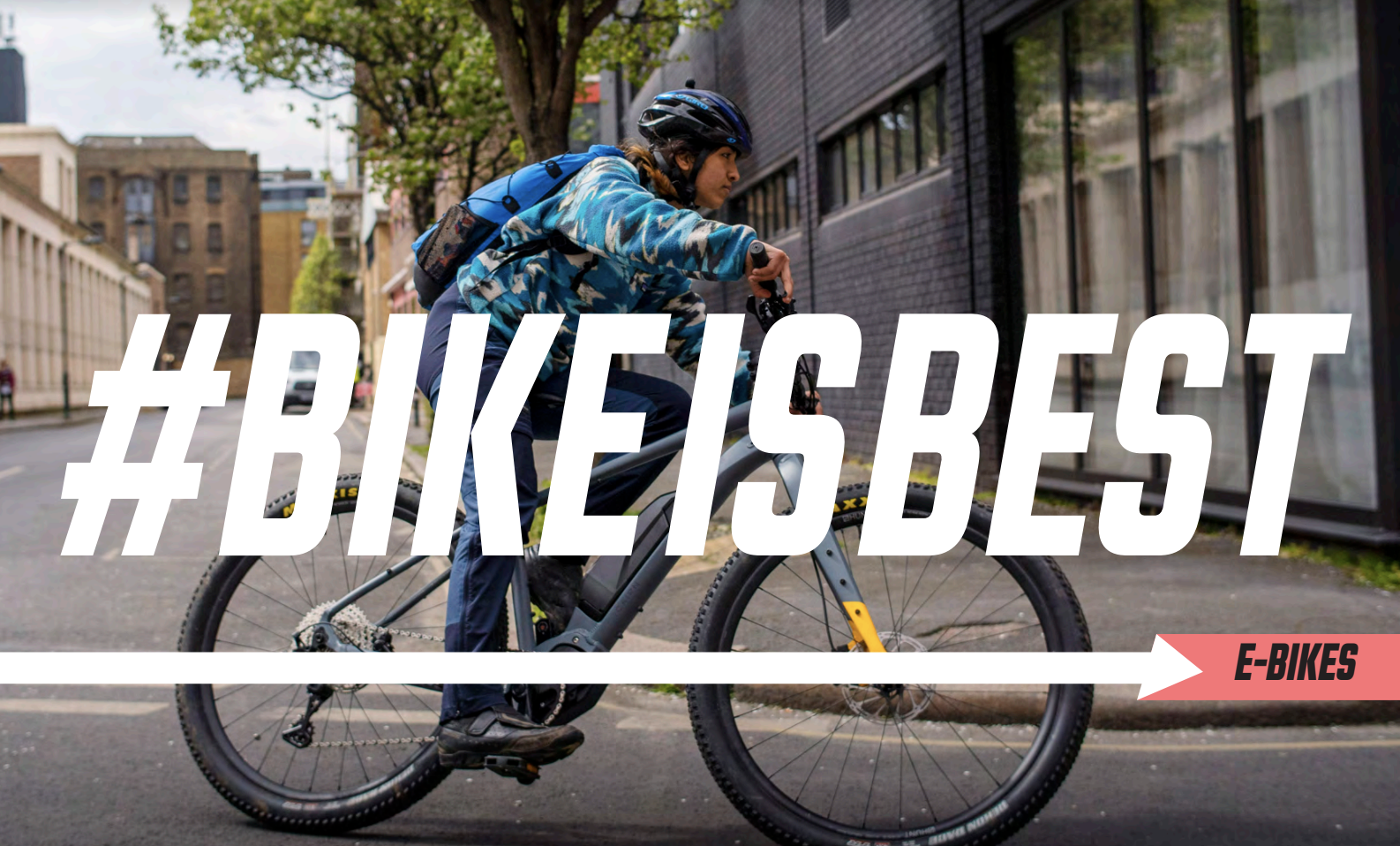 A poll of adults conducted by YouGov, suggests a broad support for e-bikes as a means of reducing carbon, even amongst those who are not currently considering purchasing an e-bike. According to the YouGov poll, one fifth of adults who did not currently or previously own an e-bike were considering purchasing an e-bike in the future, while 67% of participants stated cost was the biggest obstacle preventing them from making a purchase.

With simple policy improvements to address the cost factor as well as improved infrastructure, e-bikes have the ability to  transform the way we live.

As part of a rapid evidence assessment, the #BikeIsBest and Active Travel Academy report highlighted the benefits of e-bikes:

While e-bikes perform the same as battery electric vehicles in producing 0kg Scope 1 per km, research by Fyhri et al, states that they have substantially lower Scope 2 carbon emissions than electric vehicles due to their lower electrical power requirements. Additionally, when considering their full lifecycle emissions, including manufacture, maintenance and disposal activities, e-bikes are substantially lower emitters of carbon in comparison to both fossil fuel and electric cars. According to the report prepared by #BikeIsBest and the Active Travel Academy, achieving widespread use of e-bikes as well as conventional bikes could replace three million car trips to work, and 10% of carbon emissions from commuting.

The health benefits of e-bikes are similar to those of conventional bicycles. The physical activity required to ride e-bikes is less than that of bicycles; thanks to electrical assistance, riders can sustain a moderate cycling speed at a comfortable level of exertion across a range of otherwise challenging riding situations. Adding to this, e-bikes emit less particulate pollution than electric cars, and thus have a positive impact on local air pollution.

E-bikes present potential economic benefits besides those associated with improved health and reduced carbon. According to the #BikeIsBest and the Active Travel Academy report, in 2019, road congestion imposed an average of 115 hours of lost time to the average UK driver. This congestion is largely due to the lack of road space, which could be freed up if more space-efficient solutions were adopted, such as e-bikes. This not only applies to cars, but also, according to research by Verlinghieri et al., the use of (e)-cargo bikes could counteract even more congestion by replacing LGVs.

E-bikes make it easy and practical for more people to make a wider range of trips by bike. A Swiss study found that middle-income groups were just as likely to use a conventional bike as an e-bike, both high- and low-income groups were more likely to use an e-bike (Rérat, 2021). This suggests that whilst e-bikes may appeal to higher earners as an additional transport option, they are also used by those on lower incomes as an alternative to more expensive transport options. As stated in research by Philips et al., e-bikes have been identified as a means to alleviate the economic vulnerability to increased motoring costs for those living in areas in the UK of high car dependency and low income. Adding to this, the research also suggests that e-bikes could appeal more to people of different ages and genders - as opposed to the predominantly male appeal of conventional bicycles.

Given the higher purchase cost of an e-bike compared to a conventional bicycle, it’s not surprising that price is currently the most common barrier to uptake. A number of studies have identified the value of government policies in overcoming this barrier by assisting potential users in covering the price difference. Whilst there is no national subsidy for e-bikes in the UK, there is for electric cars and motorbikes, despite these vehicles delivering lower health and carbon reduction benefits than e-bikes.

The findings presented in the #BikeIsBest and the Active Travel Academy report illustrate the value of increasing adoption of e-bikes as a mode of transport, particularly in terms of improved health, reduced carbon emissions and improved access to cycling. The report demonstrates how a number of policy choices could enable these benefits to be realised in the UK.

Scott Purchas, Campaigns Consultant at #BikeIsBest, said: "The future is electric but not in the way people might think. All of the focus for subsidies has been for electric cars, but this new report demonstrates the substantial benefits of electric bikes and how essential they are for rapidly decarbonising transport, improving our health and cleaning up the air at the same time."

He added: "We are lagging behind countries in Europe who have used subsidies to accelerate the shift to e-bikes. Given rising living costs, this report shows that an e-bike subsidy would have a very positive impact across a range of backgrounds, as well as reducing congestion even for people who don't cycle."

The full report is available to download by clicking here.