Clare lives in Enfield, London, and joined her local London Cycling Campaign group when her borough received 'Mini Holland' funding. She organised the borough’s first play street and co-founded Better Streets for Enfield. Passionate about reclaiming streets for people, she's now ditched the day job to become the LCC’s healthy streets campaigner for Central London. She’s also hoping that she might be able to dust off her trusty tandem bicycle one day…

FM: What does cycling mean to you?

CR: The first word that comes to mind is freedom!

For me, getting on a bike was a way of escaping the tyranny of the car. Bringing up my kids in Outer London which is so car dominated, I felt forced into my car, especially with a family.

Realising that I didn’t have to make that choice (which happened when I bought a family tandem) changed my life!

When I heard the stats about deaths related to car pollution in London, I felt physically sick about my car usage. I had a Road to Damascus moment when I going around the North Circular to Ikea on a nice sunny day and saw London covered in brown smog. That moment just changed my life.

I discovered that cycling was magic! The school-run on a tandem was faster than driving, I didn’t have to worry about parking, I got exercise & overall freedom. 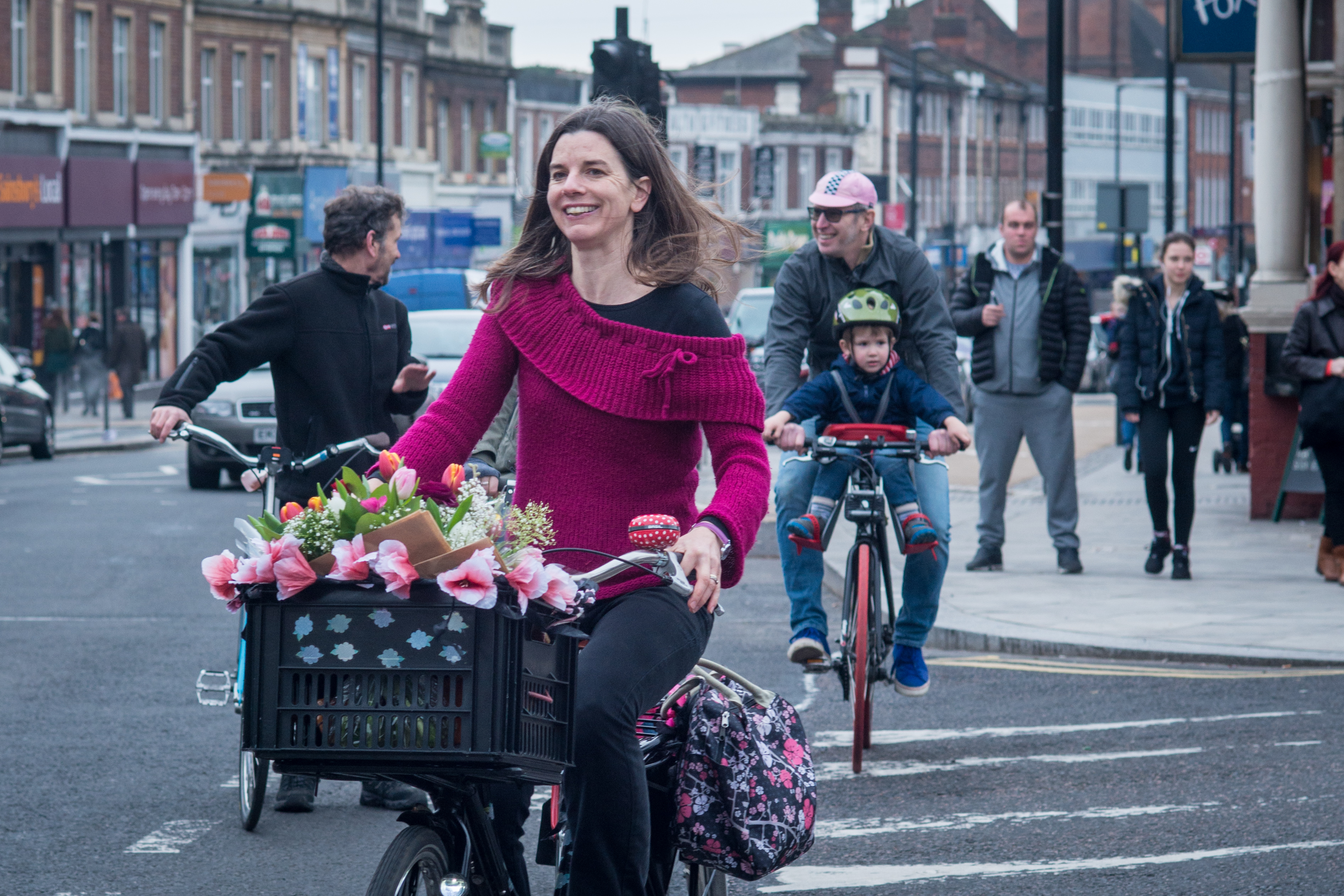 FM: What's the best thing about choosing to get on a bike over public transport or getting in a car?

CR: So many things! The main thing? Connection with your environment.

When you’re in a car, you’re in a bubble. You’re not going at a speed where you can appreciate what’s going on around you. You’re cut off from other people and even feel in competition with them as you’re competing with them for road space.

When you’re on a bike you see things, feel connected and notice things. You can stop & chat to friends. You notice things you drove past a million times & never saw before.

[Later on in the conversation]

People are concerned about the climate. Everyone is looking for ways to reduce their carbon footprint. You can add even more of an impact by cutting your car usage. Once cycling becomes part of your lifestyle, you almost don’t need a car except for those longer journeys.

IF you’re concerned about the climate, then cycling should be on your list of things to do. People took the flight free pledge this year. Why not try cycling as well? There’s a great report by the London Cycling Campaign called 'Climate Safe Streets' which is a 10 year roadmap of how London could have carbon zero streets.

FM: What would you admit is the worst thing about being on a bike?

CR: Unless there’s good cycling infrastructure, [when you’re on a bike, you can get] the sense that you’re not a legitimate road user: that you shouldn’t be there.

I notice this in Enfield: if you ride along the ‘hostile’ bits, you feel that you’re offending people and that your presence isn’t welcome on the road. Suddenly you enter a cycle lane & you felt you had the right to be there!

As a woman, I think I feel that more than a man would. A man might react by saying “I’m just going to be bolshy”, whereas a woman is more likely to shrink to the side where she thinks she might feel safe. But that’s actually the most dangerous place to be on the road.

FM: How could new riders change their behaviour or thinking to have a good time out on a bike?

CR: …How about going into national lockdown and removing the cars from the streets?

If only we could have the recent amazing traffic-free streets without the tragedy of a global pandemic. Suddenly cycling was for everyone – all ages, all abilities! Let’s have an annual lockdown without a virus.

FM: Where’s the best place to be on the road?

CR: The last place you feel like you should be which is, depending on the road, right in the middle.

Anywhere at all narrow, (like residential streets with cars on both sides), you should be in the middle or you’re going to get squeezed. UNLESS the road is wide & there aren’t parked cars, you need to be 75cm from the kerb, not in the gutter.

The important thing is to tell yourself “I have the right to be here.” If you’re tempting them to pass you, you’re possibly facilitating a collision which isn’t going to help anyone.

FM: What would you say is the most important attitude to take when starting commuting to work? / What are the important things to think about when going to school via bike?

CR: Be quite determined and know there’s a lot of fun in store! This will be the most rewarding change you could make in your life & have that attitude of knowing that this will be a bit different but I am going to enjoy it.

The first two weeks, especially if you’re building up your fitness you might feel if you go up that hill you’re going to die. Every day for the first two weeks I was just telling myself “I’m going to die!” When I hit week three, I was able to sing the entire soundtrack of Frozen to my daughter going up the hill! 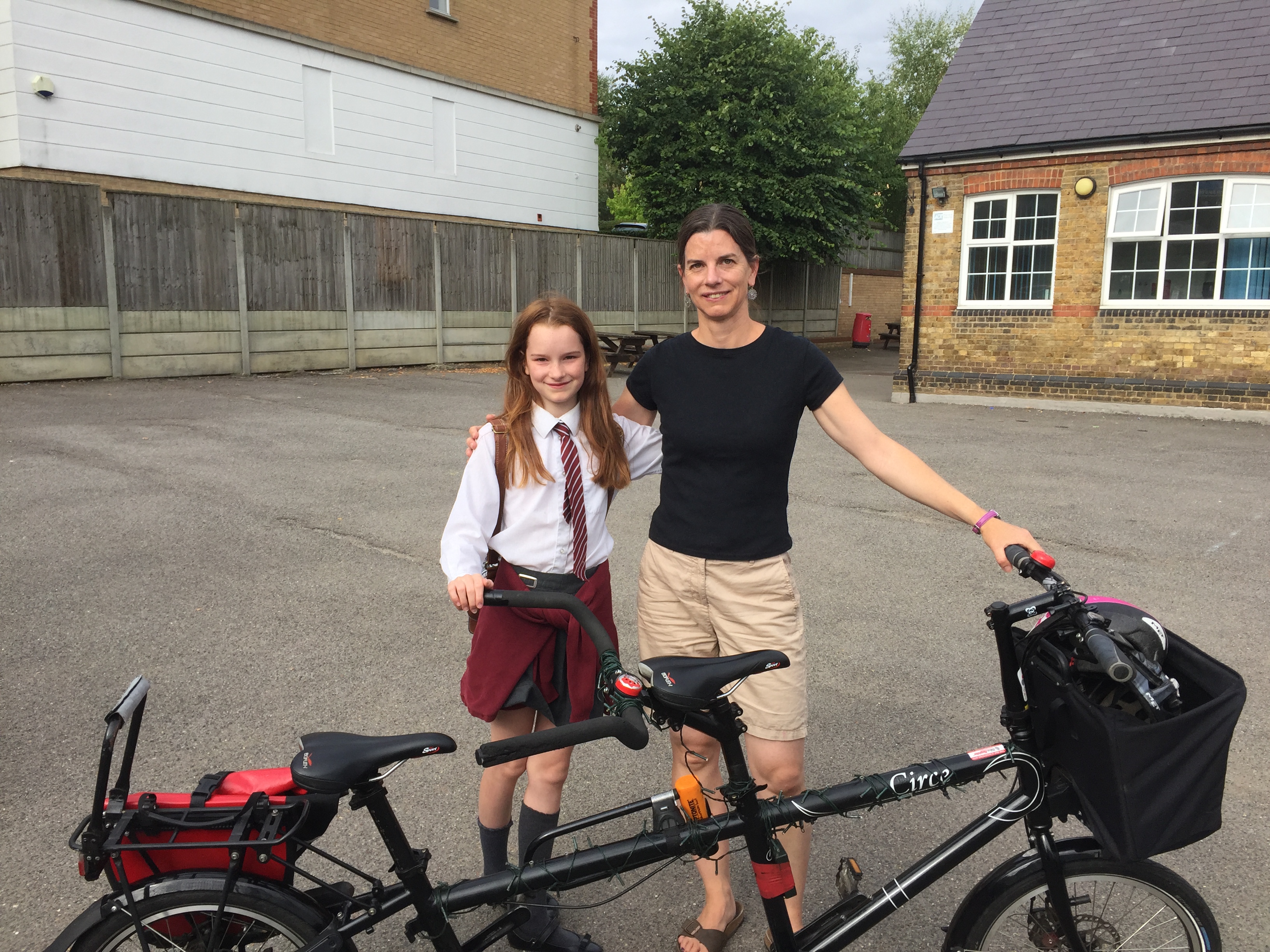 FM: What could employers do to make their employees feel safer?

Because I work for the London Cycling Campaign, I was given free Bikeability sessions which might not be a typical employer thing to do but is a great way to give confidence & keeps you safe.

Finally, if employers are serious about their workers cycling to work (and they should be, because they’ll see fewer sick days & more productivity...) then they should get involved in cycling campaigning. The LCC offers workplace membership which gives employees free membership (free 3rd party insurance, & free lock). Sign up here.

Build Cycling Confidence with TfL’s on...

Your cycling confidence can be increased by improving your skills and road cycling knowledge. Find out...