FM: What’s the best thing about choosing to get on a bike over public transport or getting in a car ?

Once you’ve got the bike you don’t have to pay to go or be anywhere.

Some people, like Ben Knowles (Pedal Me CEO) say it also makes cities more social places. I don’t think I feel any great connection to anyone who rides a bike but, from an individual point of view, I don’t suffer from the grind that commuting by public transport can give you.

You aren’t stuck in a sardine tin with thousands of other people. You don’t have any other problems (once you’ve learned to overcome the initial ones!) There really isn’t a better way of moving around the city. 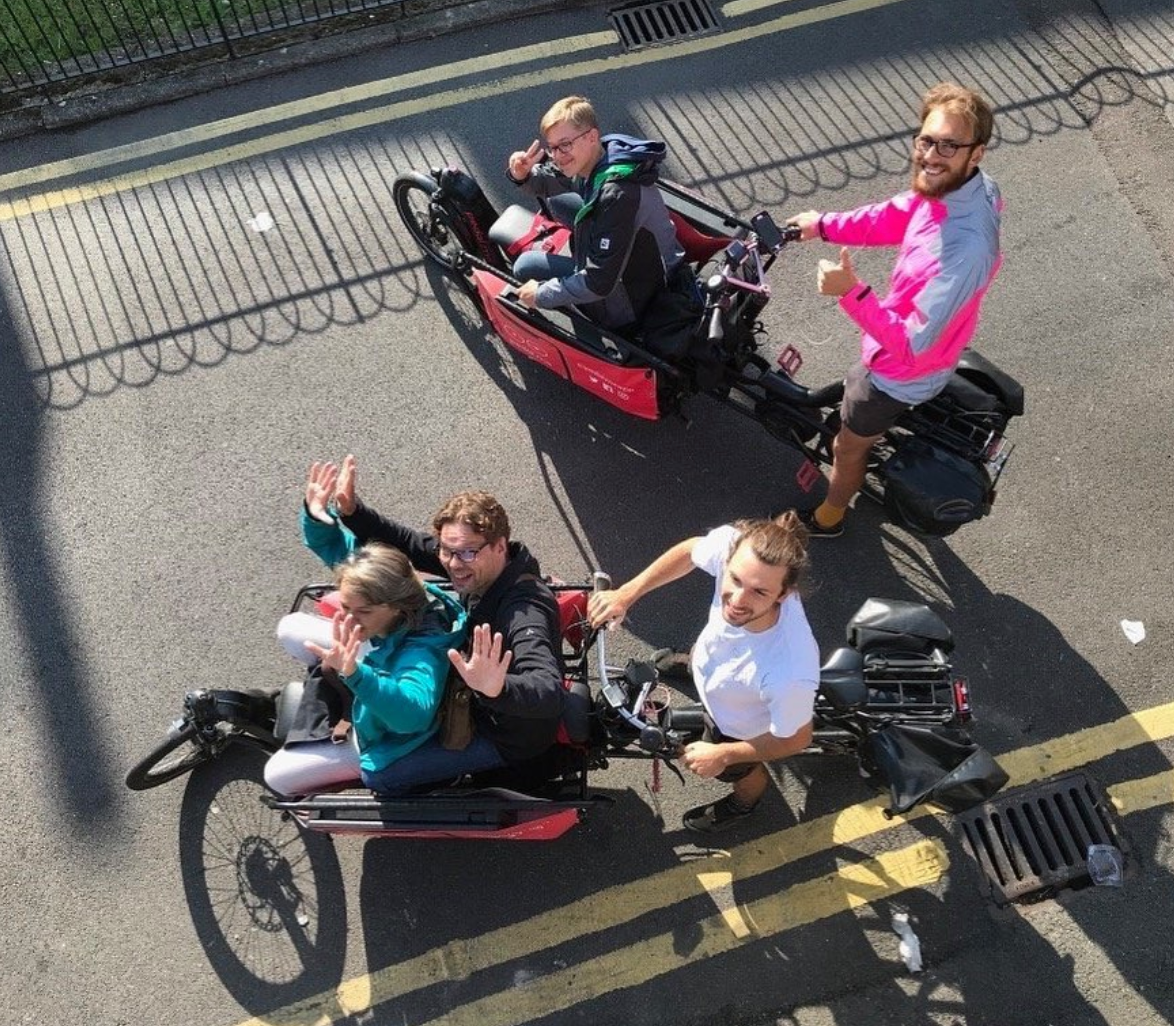 FM: What would you admit is the worst thing about being on a bike?

CD: There’s not much wrong with being on a bike, but getting around on a bike can get you a lot of negative attention.

When you’re sharing a road space, lots of people’s opinions on what you should or shouldn’t be doing can get you negative attention, unless you pre-empt any aggression of an interpretation of your action.

You can just get someone who is having a bad day or has made up their mind that you are their enemy and they treat you as such. That can give you a sense of real injustice. You want to say  “I’ve done nothing wrong! It’s just what you think I’m doing".

I’ve never minded the weather. The way I see it is, if you get cold, you just keep moving.

An initial problem to newcomers to cycling can be mechanical issues.

When the bike breaks and you don’t have the knowledge or the parts & you can’t fix it, that’s really discouraging.  The thing is, that isn’t really a problem! It’s an opportunity for empowerment! I’m lucky that I work for a cycle courier company with a lot of people who know a lot about bikes so at the end of the day, there’s always a favour I can get from  my colleagues though!

To sum up, the bad things about being on a bike are:

People being rubbish at you whether it’s justified or not and things breaking and you can’t do anything about it. 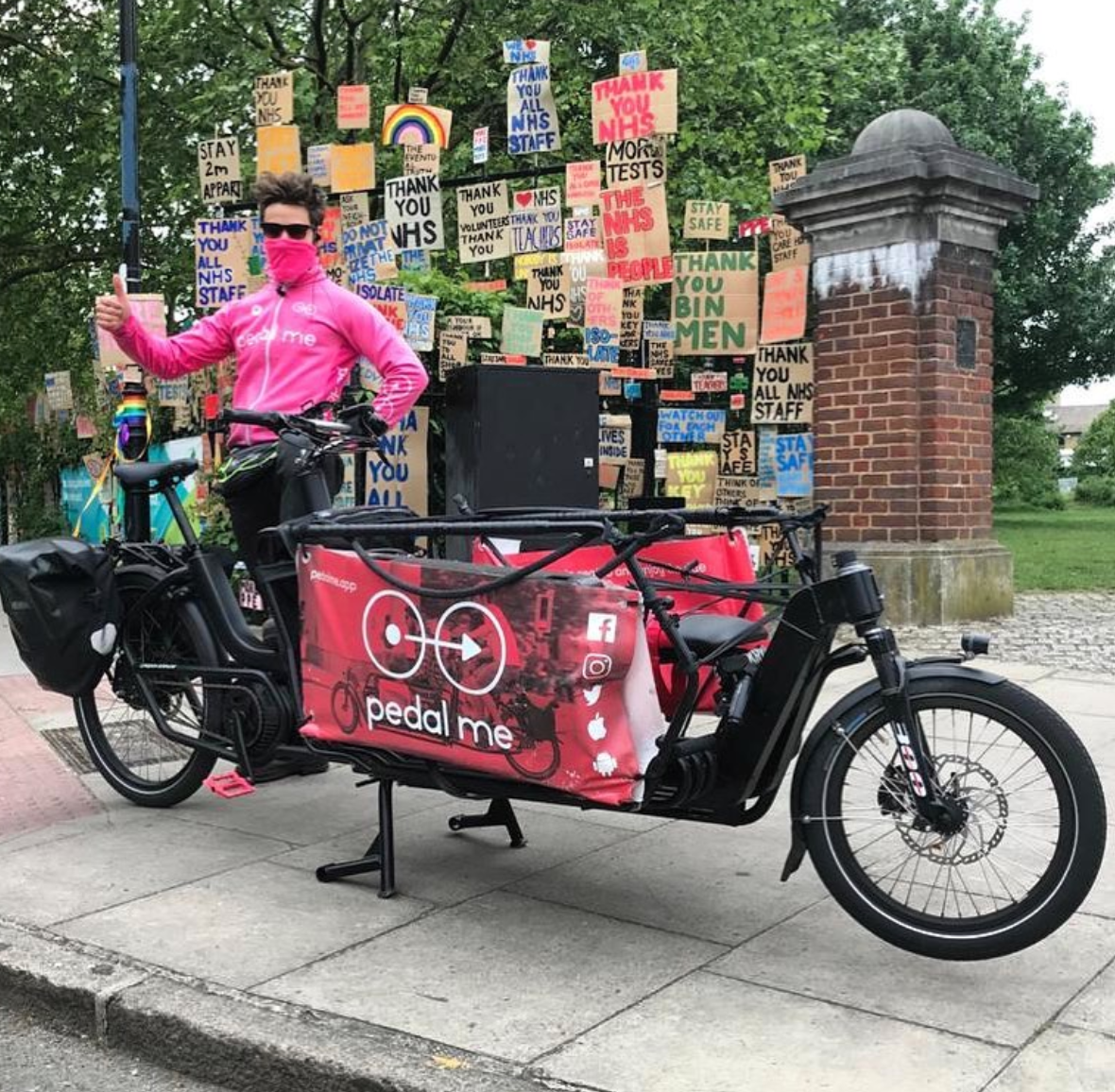 FM: How could new riders change their behaviour or thinking to have a good time out on a bike?

CD: That’s quite a big one! The right behaviours can be seen by people who are both informed and confident [about being on a bike].

Ultimately, you’re in a social space.

It’s all about cooperation: if you can communicate in that social space then you’ll find fewer problems arise. Other road users won’t be fearful of unpredictability from you and then they can and will behave in a predictable and calm way themselves.

If you can comfortably look behind when there’s a vehicle there, and connect with that driver, that’s great because you’re demonstrating to someone that you know they’re there. When you’re in a ‘co-operation’ with road users around you, it’s easier for everyone to act in the right way. Then things run far more smoothly for all.

We know this, so we built our training around it.

Practically, though, there are 4 things you can do just in the park/off road to develop your bike control skills which can enable you to more confidently communicate in the space.

All of this leads to better bike control, which can lead to better behaviour if used the right way.

If you can control your bike and be comfortable with vehicles around you, or you know that you can stop properly at a stop line, then you can also feel more comfortable about behaving in a way that’s helpful. Greater confidence will build from there!

Ultimately, it’s really easy for any road user to be in their own world focussing on self-protection, regardless of how they’re moving. You need to bring them into your ‘bubble of awareness’’ and not try to operate in isolation on the road.

Remember, it is a space with rules, conventions and etiquette, like the pub, the place of worship, the office. If you ignore those rules, at the very least it can and does piss a lot of people off. That’s not just about people getting annoyed, it’s a question of safety.

As a trainer at Pedal Me, I’ve spent a lot of time with my colleagues thinking about what makes people ‘angry’ or upset on the roads.

We’ve realised that it comes down to: when you see something that annoys you, it affects you.

Something that has really stuck with me was a poster about the effect of rudeness in hospitals (similar to the below). It’s something like, ‘Surgeons who are rude & piss off their staff, kill more people’. The staff become far less effective at their job when they’re pissed off!

FM: Where's the best place to be on the road?

CD: Depends on experience. If riders don’t know how to drive, it’s likely that they’ll have no idea of the convention of give-way lines as one example.

It’s very simple and easy to tell people ‘be in front, or behind’, or ‘behave like a car’ but unless you have the confidence and the knowledge, acting on that piece of advice can be a long way from anything someone would feel comfortable with. The last thing we want is for you to get scared & discouraged.

However, although this isn’t intuitive, some of the safest places to be are actually where you appear to be the most vulnerable. This is because you are ALSO the most VISIBLE. Nooone can collide with you by accident if you are in full view on the driver’s side.

FM: Ok, what should you do?

CD: See a National Standards cycling instructor & find out from them! Ask someone with that expertise to show you. There’s a big difference between reading the words on a page and going and doing it alone, and getting someone to take you through it (consider email communication).

FM: And experience starts in the garden or park?!

CD: From a control perspective, yes. But road experience? No. Some cycle lanes are great and some aren’t but ultimately, if in doubt try not to default to the left hand side because that’s exactly where most of the accidents happen, and where you are the least visible

Although I am trained in this, don’t read anything from what I’ve said. Find an instructor. Learn by doing. 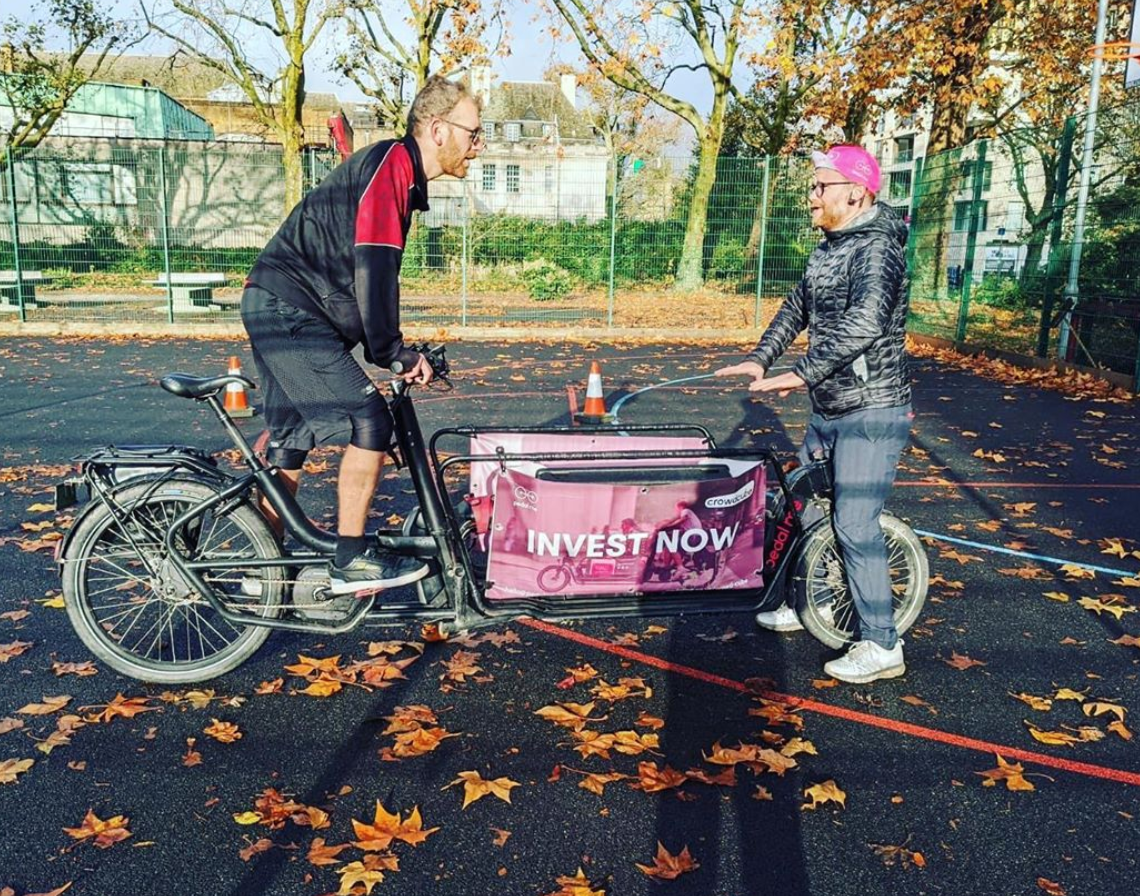 FM: What would you say is the most important attitude to take when starting commuting to work?

CD: Never be in a hurry! Don’t rush. Take your time.

Go as fast as you feel comfortable and build that out. Always be on the lookout for other people. Make your awareness bubble as wide as possible. Bring everyone in rather than exclude, and remember you can always improve.

Knowing you have more to learn puts you in a better position than about 80% of people that think they know it all. Like anything, bring an open mind. 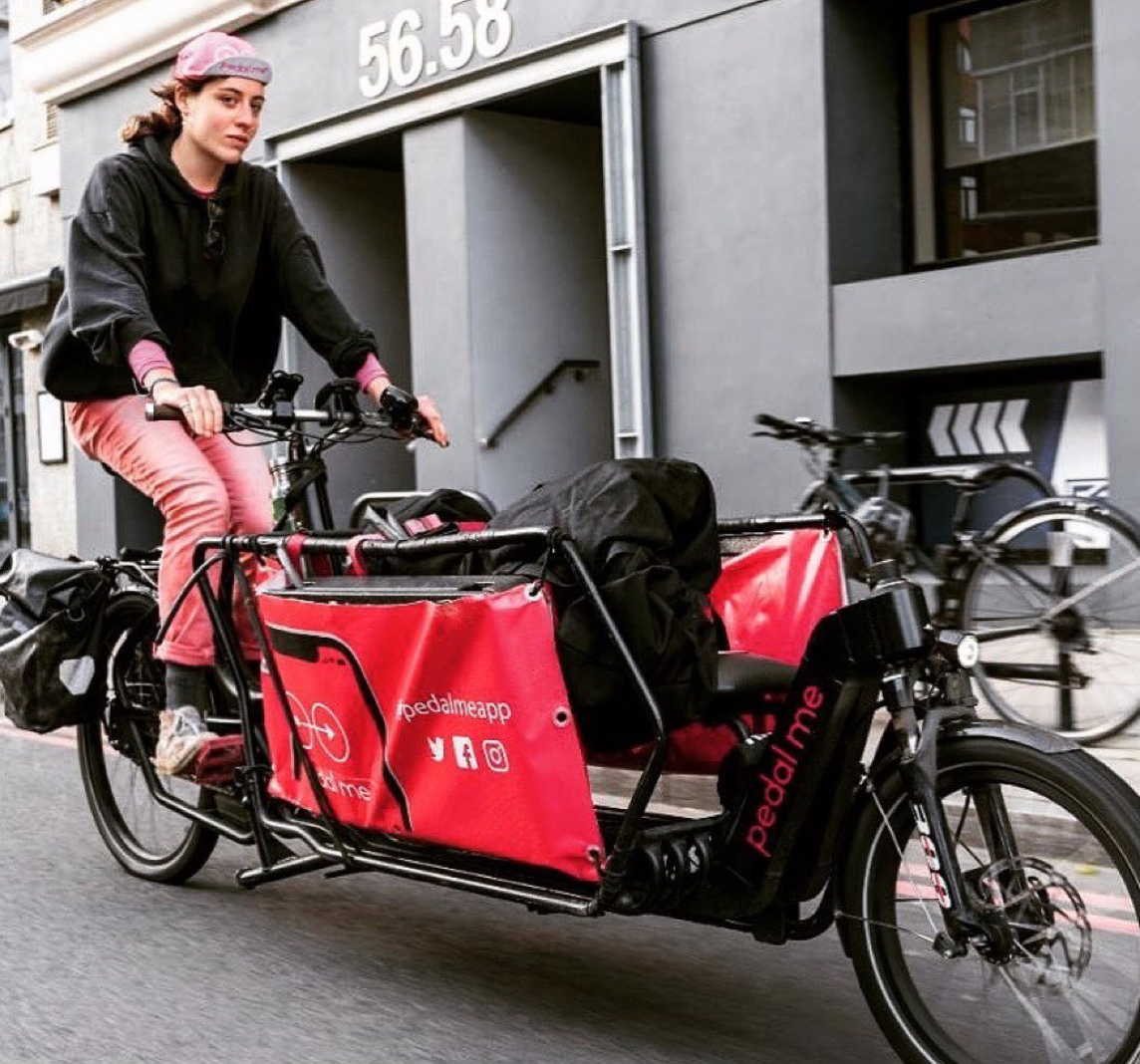 FM: What could employers do to make their employees feel safer or encourage them to cycle to work?

CD: Do it themselves! If companies want to encourage their staff to cycle to work, [the leaders] should cycle to work themselves. If you live near a cycle superhighway like CS3 that goes straight into the city, you can just try to use it one day.

Anyone that can, should.

Build Cycling Confidence with TfL’s on...

Your cycling confidence can be increased by improving your skills and road cycling knowledge. Find out...