How cycling to work can boost your mood and your wallet

Whether you're driving, taking public transport, or even walking, you can save money, save time and arrive at work in a much better mood if you switch to cycling.

But don't just take our word for it, Wiggle cyclists tell us what they bought with the Cycle to Work scheme and how it's changed their commute for good.

Berny rides through all weathers

I live in Gosport, a peninsula with only two roads in and out. It's only three miles from the office as the crow flies but more like eight in reality. When I was driving to work my car was costing me in the region of £1,300 to run annually (fuel, VED and insurance) not including the cost of the vehicle.

The running costs on my bike are pretty minimal although I did have to replace parts, spending around £200 at the 6,000-mile point. The only investment in the bike was to fit tougher tyres to minimise the chance of punctures at a cost of £25. So, even though I commute in all weathers and put my bike through a lot, I think I must be at least £1,000 better off per annum.

Now that I cycle to work, I use a combination of cycle lanes, shared-use facilities, main roads and the absolutely brilliant Gosport BRT, a dismantled railway that has been concreted over and is now only used by buses, emergency services and bicycles. Although it's a similar distance, my cycle commute is normally quicker than the drive used to be.

Commuting by bike means I can be flexible with my exercise plans. I sometimes stop at the gym on the way to the office or arrive early to fit in a run. I can add miles to my route riding the long way in making the route up to about 28 miles or so - you'd never catch a motorist doing that!

The whole cycle commute experience has been awesome for me. I enjoy seeing the stuff that goes unnoticed by drivers. You also get used to seeing other 'regulars' en-route; joggers, dog walkers and other cyclists and it's always nice to offer a friendly smile or wave which is, more often than not, returned.

I think I get a high from it as well. I see inclement weather as a challenge to be beaten. Snow, rain, heavy winds – bring it on! My only struggle is with cold weather really. As an older rider (ahem) I think I am starting to have some circulation issues, although I'll admit that I have been known to make some 'wrong kit' choices; I need to take more care of my hands and feet! 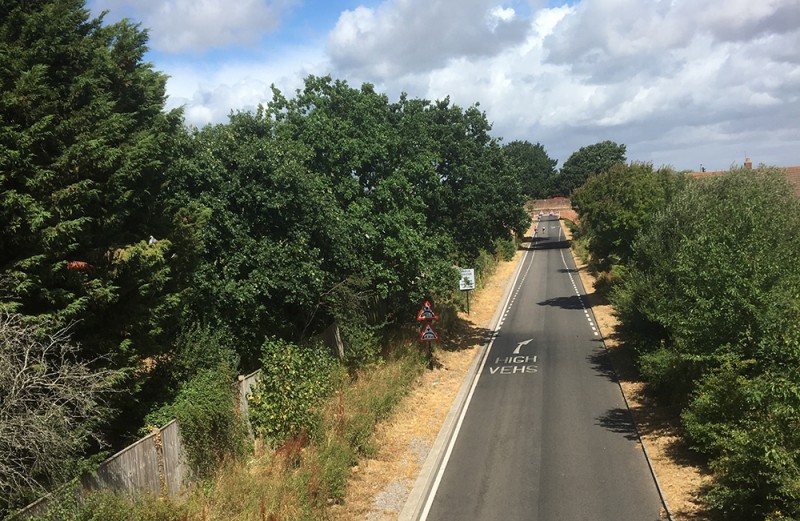 Richard takes the long way in

I only live about a mile from work so it's easy walking distance. However, I love to go out and do a few miles on the bike before coming into work. I just really enjoy being out on the bike early in the morning when there is no one about.

I used the Cycle to Work scheme to upgrade my current bike to really make the most of my 'extended' cycle commutes. I bought some brake callipers, brake levers, tyres and disc rotors to replace the standard factory components. Although my bike is as far from a commuting bike as you can get, I still relish being out and about on it be it on tarmac or on the trails, the latter being where it is designed for.

Since I normally walk to work, I can't say that cycling saves me any money but it has been a part of my life for as long as I can remember and it gets my day off to the right start. It gives me time to wake up and allows me to completely empty my mind before I start work. There is nothing I enjoy more than being up on Portsdown Hill watching the sun come up before going into the office.

To me, cycling is a method of transport, a social tool and a way to completely remove yourself from the ordinary and take yourself back to nature. It is the perfect tool to cover the miles through the parts of the country/world that most would not get to see without a bike. 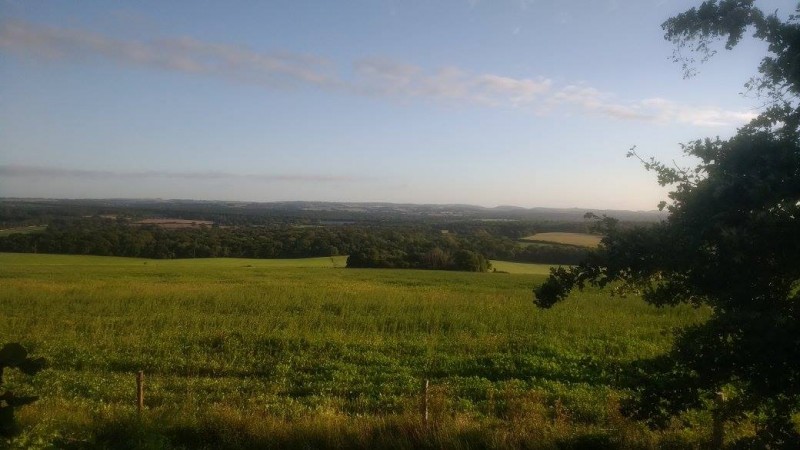 Matthew discovered a love of cycling

I used to drive the five miles to work which meant half an hour of sitting in traffic twice a day. Now that I cycle, I get through the front door at exactly the same time as I would have in the car.

Before getting my bike, I didn’t have any kit, so I added a helmet, lights, road shoes and pedals to my Cycle to Work order. I chose the Vitus Zenium which, based on my research, offered great value for money. I've never had a road bike before so I didn't want to spend too much in case I didn't like it (thankfully not the case!)

The bike and extras cost me around £35 a month. I chose to pay over 18 months and the cost is taken out pre-salary, so I don’t even notice it's gone.

When I was driving to work I was using a full tank every week. I'm now visiting the petrol station once every two weeks. I’m not sure of the exact figures but it’s a considerable saving that feels good!

I’ve found that cycling in the mornings makes you feel much more awake and active in comparison to sleepily driving in and sitting at your desk without properly waking up. Also, when you get in from work, you get that feel-good feeling of doing something active, especially when the weather is nice.

I’ve had my road bike for about 2 and a half months and have really enjoyed it so far. I'm also riding at the weekends, in the evenings and joining the monthly Wiggle staff ride out. I’m still learning and I've needed to buy a few more things when I've encountered issues like pumps, bottle cages and sunglasses, but a few bits here and there isn't going to add up to what I'm saving on petrol! 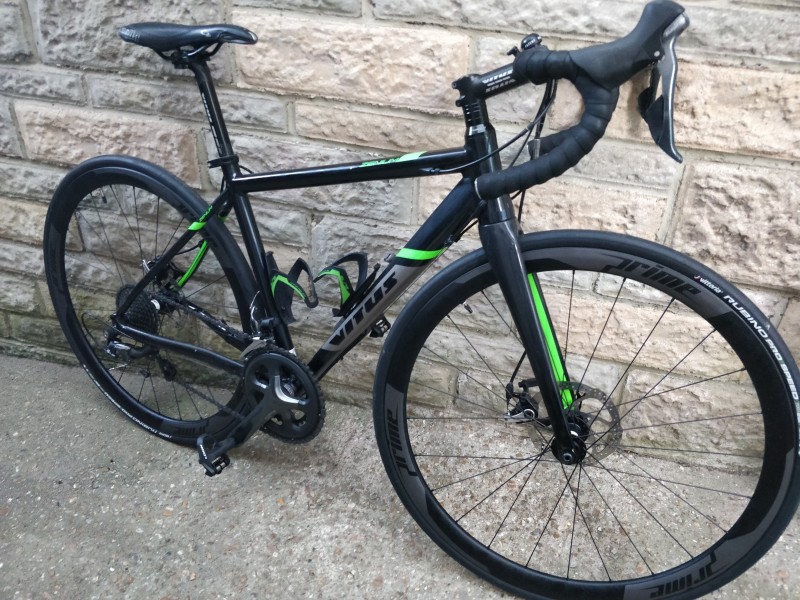 I live on the Isle of Wight. When I started working at Wiggle, in the Portsmouth office, it used to take me about two or three hours to get to work. This involved a combination of walking, a number of buses and a hovercraft. The whole journey, including the hover trip across the solent, comes in at just under 20 miles.

After doing this for a year I had to figure out a way to reduce the time on my commute to work whilst saving money on travel expenses. The majority of time on my commute was spent waiting for buses and hovercraft. The timetables don't always sync up and a delay on one might mean missing the other, adding more waiting time.

When I looked into it, the Cycle to Work scheme actually worked out better for me. Travel expenses on both sides worked out as roughly £180 a month, not including the monthly hover pass that's unavoidable until I figure out how to cycle on water. A decent bike would cost about £50 to £60 per month - a much more attractive option.

So now that I've replaced the buses with cycling my two to three-hour journey has been more than halved to about one hour and ten minutes, depending on how long the wait for the hovercraft is. On a good day, I can manage to get home within the hour. I can now be much more flexible with getting to work because even if I miss the hover I would not have to worry about getting the bus times right on the other side.

Overall, the Cycle to Work scheme worked really well for me. I'm saving time, saving money and I'm gaining fitness. I now participate in local and national sportives and my commute to work is now also my daily training.

How cycling to work can boost your mood ...

How to encourage your friends and family...

How to join the cycle to work scheme

The Cycle to Work scheme explained