HALF OF DRIVERS DO NOT UNDERSTAND LOW TRAFFIC NEIGHBOURHOOD SIGNAGE, NEW RESEARCH SHOWS

·   New polling by #BikeIsBest, conducted by YouGov, shows that 50% of drivers do not understand meaning of “No Motor Vehicles” sign, in use since 1964

·   29% of drivers thought the sign meant cars and motorcycles only (no trucks allowed), 10% of drivers said the sign did not represent any of the options given or they didn’t know 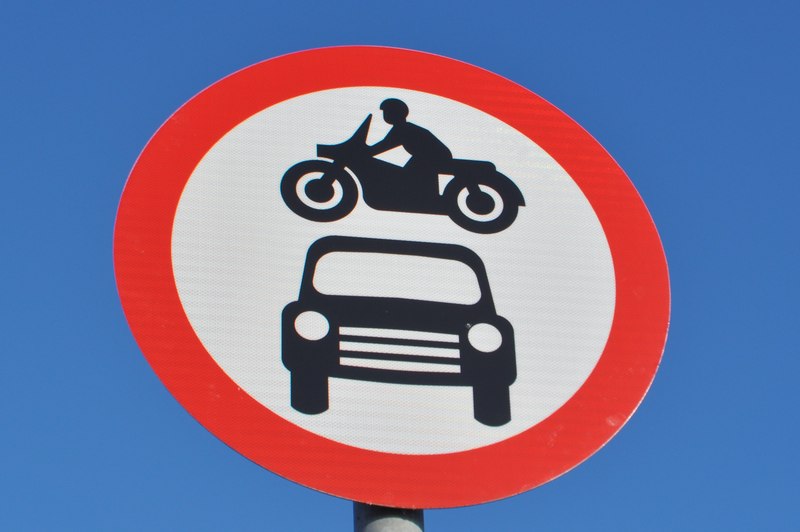 12/07/21 London, UK. Latest YouGov research, conducted on behalf of #BikeIsBest, shows that half of drivers do not understand the meaning of the “No Motor Vehicles” sign, in use in 1964, and used to signal Low Traffic Neighbourhoods (LTNs).

Despite LTNs being part of transport planning for decades, a rapid and recent increase in the number being implemented as part of plans for a green recovery has led to heightened debate about their role. LTNs help prevent drivers from using communities as rat runs and provide low-cost extensive walking and cycling networks in residential areas.

After some physical measures such as planters and bollards were vandalised, some London councils instead enforced Low Traffic Neighbourhoods through Automatic Number Plate Recognition (ANPR) CCTV.

One council, Hackney, raised £2.7m by fining drivers for breaching LTNs, issuing 69,956 penalty charge notices (PCNs) since June 2020. According to the Hackney Gazette, an internal council analysis revealed that 82 percent of drivers fined didn’t even live in the borough – sparking accusations that drivers are treating Hackney as a “rat run”.

The research out today by #BikeIsBest shows that some frustrations with Low Traffic Neighbourhoods could relate to the lack of public understanding of the required signage, leading to penalty charge notices. Although road users should keep up to date with the Highway Code, research from 2019 showed that one in five motorists haven't referred to it for a decade.

50% of drivers correctly identified the No Motor Vehicles sign which has been in the Traffic Signs Regulations and General Directions legislation since 1964. Worryingly, 29% of drivers thought the sign meant the precise opposite, saying it referred to “Cars and motorcycles only, no trucks allowed”.

Source: Responses from 1,812 drivers. All figures, unless otherwise stated, are from YouGov Plc.  Total sample size was 2105 adults. Fieldwork was undertaken between 1st - 2nd July 2021.  The survey was carried out online. The figures have been weighted and are representative of all GB adults (aged 18+).

Reports have detailed instances where drivers following sat nav instruction have contravened road restrictions and incurred penalties. According to the law, drivers must obey all traffic signs and road markings. Instructions from a satnav do not override this responsibility, and failure to drive with due care and attention is an offence, liable to prosecution.

Alternative signs for Low Traffic Neighbourhood restrictions are not currently available. The No Entry sign with an exception for cycles can be used as a contraflow for one-way streets; most streets within LTNs remain two-way and full access is maintained via alternative routes.

It is not currently possible to put ‘except permit holders’ with a No Entry sign, which low-traffic neighbourhoods may need. The reason the Department for Transport limits exceptions to the No Entry restriction is to preserve the high level of compliance with such a safety-critical sign; the more exceptions a prohibition sign has, then the greater likelihood there is of drivers making an ‘assessment’ to ignore it.

Adam Tranter, Founder of #BikeIsBest, said: “Low Traffic Neighbourhoods have been positioned as new and controversial but really the idea has been in use for decades. It’s quite worrying that so many road users think the No Motor Vehicle sign, in place since 1964, means the exact opposite.”

He added: “It’s easy to say that people should be reading the Highway Code regularly but I think we all know this is unlikely. LTNs are popular, time and time again, in polling so extra clarity in the signage could help bring people on board who are supportive of the concept but personally frustrated at the implementation. Given these measures are likely to become very commonplace as part of the green recovery, it might be time for a more literal and obvious sign.”

London had the second lowest understanding of the sign geographically (including both drivers and non-drivers) at 39%. The highest rate of understanding was Yorkshire & Humber at 53%, the lowest being Scotland at 37%.

Previous YouGov research conducted in July 2020 by #BikeIsBest showed the public is overwhelmingly in favour of measures to encourage walking and cycling with 6.5 people supporting changes to their local streets for every 1 person against.

It showed that 70% believe more people cycling would reduce traffic congestion across the country and 65% of all Britons ? rising to 80% of those with an opinion one way or the other ? want to see British roads redesigned and changed to protect cyclists and pedestrians from cars.

All figures, unless otherwise stated, are from YouGov Plc.  Total sample size was 2105 adults. Fieldwork was undertaken between 1st - 2nd July 2021.  The survey was carried out online. The figures have been weighted and are representative of all GB adults (aged 18+).

#BikeIsBest has united leading cycle brands, retailers and organisations into one powerful voice with a single mission - to get more people riding bikes more often.