09/01/23, London, UK. New nationally representative research has revealed the UK remains locked into car ownership, with 71% of Brits stating they’ll expect to always be car owners despite the rising costs associated with owning a car and the cost of living crisis.

Amid rising inflation and an economic  recession, the soaring price of petrol and transport strikes are causing strains on the nation’s personal finances.

Despite this, 47% of the population feel that they have no alternative to owning a car with UK motorists spending 13% of their annual gross income on motoring.

The research also reveals that higher earners, women, and those in their 30s and early 40s are more likely to expect that they will always be car owners, but 57% of British women state that they are worried about the cost of motoring.

For car finance, UK motorists with some form of it spend 19% of their total annual gross income on their car.

In spite of car costs, 48% of people say they can not afford a bike even though it's a preferred alternative to the car or public transport and 88% of the British public state that a bike purchase would actually have a strong health and happiness impact.

Those with car finance are more likely to be interested in buying a bike via a finance plan, or via a subscription with 68% of the British population confirming an interest in the cycle to work concept.

The #BikeIsBest has previously called for subsidies for e-bikes to improve access to cycling, as well as continued funding for cycling infrastructure to help people travel safely and cheaply.

For cycling finance, the amount people are willing to pay on cycling comes in at £39/month (£467/year). This represents 1% of gross annual salary, compared to 13% of salary spent on motoring.

Scott Purchas, spokesperson for Bike is Best said: “As the UK endures the cost of living crisis, there’s no escaping the fact that our entrenched car culture is locking people in to spending significant portions of their income on transport. UK motorists with some form of car finance spend 19% of their total annual gross income on their car; new investment in infrastructure will give people genuine choice about how they travel which is incredibly important at this difficult time.”

He added: “Modes of transport that are efficient, sustainable and don’t break the bank should win out - not least because half the population see the bike or e-bike as an alternative to the car or public transport.”

#BikeIsBest has united leading cycle brands, retailers and organisations into one powerful voice with a single mission - to get more people riding bikes more often.

All figures, unless otherwise stated, are from Attest, a consumer research platform.  Total sample size for the research was 2000 adults. Fieldwork was undertaken in November 2022.

The survey was carried out online. The findings are nationally representative of the British adult (aged 18+) population.

The full research report is exclusively available to #BikeIsBest members, but we have included the main findings in this press release 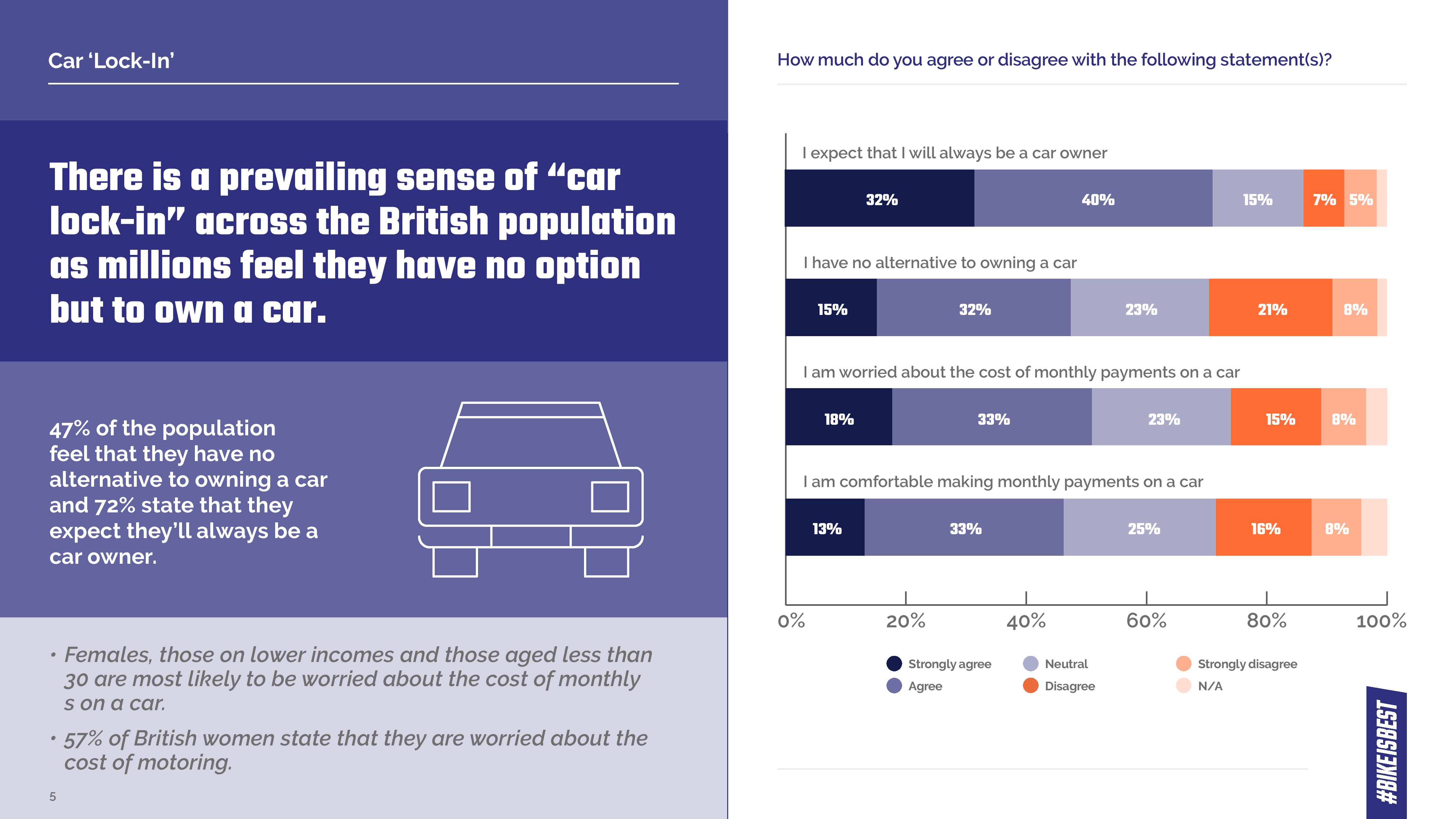 How cycling can benefit your health